At it’s core, postmortem work is morbid, and being surrounded by death every day makes its practitioners a bit…odd. Or maybe we were weird from the get go. Regardless, one of our pastimes is discussing how we would kill ourselves*, i.e. “the best way to go.” Morbid, I know. Most of us favor carbon monoxide, which would be mine, too, but in times when I’m feeling spunky or vengeful, I tell my lab I’ve got the perfect poison and they’ll never find it in me. Good luck everybody. This usually elicits a laugh** and a request to die in some other state. My secret weapon, however, is about to be exposed.

* Suicide isn’t a laughing matter, and if you found your way here by Googling “how to kill yourself,” or feel suicidal, please contact the National Suicide Prevention Hotline or call them at 1-800-273-8255. You are loved, important, and not alone.

** Death is inherently sad, and myself and others, including people I know in emergency medicine, subscribe to the “if you don’t laugh, you’ll cry” theory. I try to do a lot of the former. I feel that every tear shed over a case takes with it a small part of me, a part that won’t grow back, and is forever lost. At some point I’m afraid I’d stop being “me,” and I don’t want to meet that person. No one does. So I laugh on the outside, and cry on the inside.

In 1902 Sir Arnold Theiler, the Godfather of veterinary science in South Africa, fed a plant thought to be a livestock poison to oxen and rabbits. They died. I’m sure the local farmers collectively rolled their eyes and thought “We’ve been telling you this for years, Dude, the plant’s poisonous.” There are slight differences in how species react to this poison, but in cattle, symptoms appear about 12 hours after ingestion, with the cow appearing uneasy and staggering. Respiration, salivation and urination are all increased, with evidence of hyperaesthesia (a heightened, painful sensitivity of the skin). Death may come quickly, or linger for a few days. It doesn’t sound pretty.

The scientific name of this short, green, and nondescript poisonous shrub is Dichapetalum cymosum, but is commonly called Gifblaar, a name given by the early Voortrekkers – Dutch pioneers to the Cape Colony of the early-to-mid 1800’s – and translates roughly as “poison leaf.” And poisonous it is, though from an unusual chemical, and one of the most simple molecules I’ve covered on this site: fluoroacetate.

Fluoroacaetate (FA), the sodium salt of fluoroacetic acid, is indeed simple. Replace a hydrogen from acetic acid (5% solutions of which are sold worldwide as vinegar) with a fluorine, and voilà , fluoroacetate. This one simple substitution renders something as innocuous as vinegar into a lethal poison able to kill a cow or a person. Isn’t nature, and chemistry, awesome?

The mechanism of FA toxicity is fascinating. Once ingested, FA is converted into fluorocitrate, which then binds to and inhibits the enzyme aconitase. So far this likely means nothing to you. Back in high school you undoubtedly learned about the citric acid cycle – or perhaps it was called the Kreb’s or TCA cycle – and how it takes acetyl-CoA, formed from the breakdown of carbohydrates, proteins, and fats, and converts it into energy in the form of ATP and a couple molecules of carbon dioxide. It’s a pretty major metabolic pathway if you need oxygen to live. The enzyme aconitase converts citrate to isocitrate, and inhibition with fluorocitrate , via FA, is like throwing a monkey wrench into our molecular machinery. The result is our cellular respiration is shut down, which in turn increases citric acid concentration in our blood and tissues. Excess citric acid leads to metabolic acidosis (a lowering of our blood pH), hypocalcaemia (low calcium), and eventual heart failure. Initial symptoms may be nausea, vomiting, and abdominal pain, before progressing to more serious convulsions, respiratory failure, CNS depression, or cardiac failure. All of these are bad, unpleasant ways to die. And one more thing, there’s no antidote or magical Harry Potter bezoar, just supportive care. 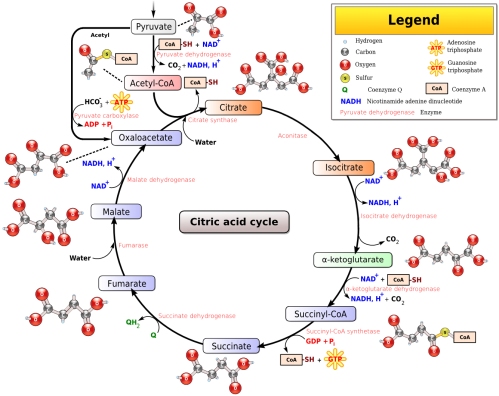 And if there’s something that kills, there’s a good chance we’ve commercialized it. Enter 1080. The pesticide known as 1080 , if you haven’t already guessed, is…drum roll please...fluoroacetate. Widespread use of 1080 came during WWII when a Nazi scientist fled to England and shared this information. Though rarely used in the United States today, save for the poisoning of coyotes, it is still widely used in Australia to combat their rabbit, and other pest, problems. The indiscriminate nature of poisoning, coupled with its slow (some would call it inhumane) death, and lack of antidote, have caused 1080 to fall out of favor in most countries, but it is still used today in Mexico, Japan, Korea, New Zealand, and the aforementioned Australia.

So that’s my secret: fluoroacetate. It’s a painful, messy death. It would seriously suck, but 1) I don’t think my lab would detect it, 2) I don’t think our talented pathologists would pick up on it, 3) it’s not common here, hence 1 and 2. But that’s not to say you can’t detect FA, you can, especially in places where livestock are prone to Gifblaar poisoning. And just to make things weird: one unlikely biological specimen that can be used to detect FA and subsequent exposures and poisonings? Earwax.

Earwax can be dug out of a cow’s ear, thrown in a vial, and analyzed by headspace-GC/MS (much in the same way most forensic labs detect and confirm ethanol and other volatile substances in blood, urine, and brain). It sounds weird, but it makes sense. Collecting earwax is non-invasive, relatively easy (I think, I’m not into the cow scene), and is historical – it collects in earwax over time and you don’t have to worry as much about stability and half-lives. So if you’ll excuse me, it’s time for me to go clean my ears.